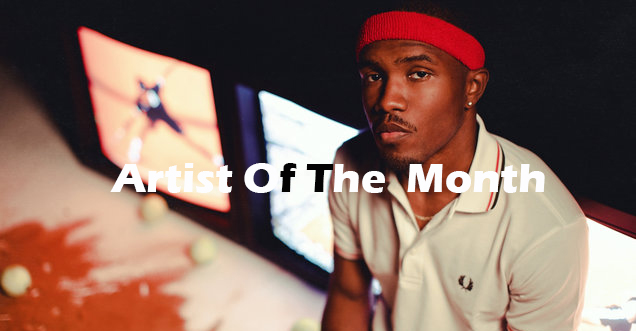 4 years on and we have finally been blessed with a 2nd studio album from Frank Ocean. After keeping fans craving a new fix for 4 years, Frank Ocean has released his second studio album, Blonde.(stylized as blond)
The highly anticipated album had been rumoured to release as early as the summer of 2014, making it 2 years since we first caught wind of a second album from Frank.

Blonde, previously known as Boys Don’t Cry, is the second studio album from Frank Ocean. Following on from his debut success, Chanel Orange, Frank rolled out his latest album with a series of cryptic riddles and unfolding detours. Having teased fans on Tumblr for well over a year now, Frank had his fans waiting for something which many thought would never actually come. The album was finally released on the 20th of August, the day after he released his visual album Endless which had caused quite the stir across the internet.

Endless, which was released the day before Blonde, is a visual album which sees Frank building a staircase of some kind. It has since been suggested that the visual album had only been released as a way for Frank Ocean to end his contractual obligations with Def Jam Records; the Record Label which Frank was previously signed to. Blonde was independently released on Frank’s own record label Boys Don’t Cry.

Listen to excerpts from the album below.

If you have any of your own comments or thoughts you would like to add regarding Frank Ocean and his new album, or to suggest a future Artist Of The Month, then please get in touch today. You can get in touch using our Contact Form or by emailing us at: YANOS.Contact@gmail.com. As always, check out our products before leaving the site and keep your eyes peeled for our latest collection which will be arriving shortly.