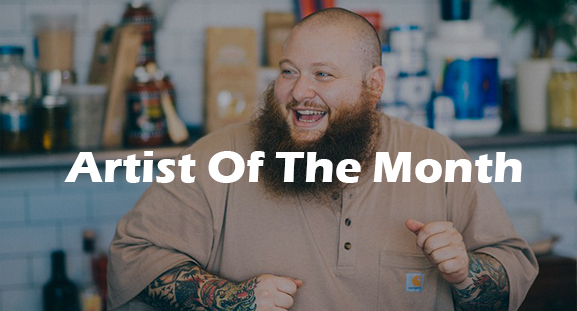 For December’s issue of YANOS Artist Of The Month, we have awarded the title to Action Bronson! Bronson, whose real name is Ariyan Arslani, is an American rapper who has made quite the impact on popular culture! With not only a catalogue of music under his belt, Action Bronson has also appeared in various TV series, cementing his place as this month’s YANOS’ Artist Of The Month.

Bronson has been on the scene for a while, having released his first mixtape, Bon Appetit ….. Bitch!!!!!, back in 2011. Bronson’s infamous style, filled with prolific language and references to fine food, is constant throughout all his work. His unique style and persona have helped to establish Action Bronson as one of the most high-profile rap/hip-hop personalities around.

Some of our favourite Action Bronson songs here at YANOS include: Baby Blue, Albino Gorilla, and Swerve On Em, which features A$AP Rocky on this latest album.

If you have your own opinions on Action Bronson or have an idea on who should take the next spot as YANOS’ Artist Of The Month, then why not get in touch. You can get in touch with us by using our Contact Form, by emailing us at: YANOS.Contact@gmail.com or by connecting with us on social media. We love hearing from you and who knows your favourite artist could be next! As always, keep your eyes peeled for our latest news and products!